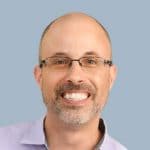 As a brand builder and communicator for social impact, I keep returning to these words when reflecting on yesterday’s events in Washington, DC: This is what it looks like when you no longer control the narrative and the narrative controls you.

After what happened yesterday at the U.S. Capitol—”The People’s House”—we’re hearing a combination of genuine concern and clutching of pearls from politicians and the news media.

“This mob was invited on this day by this President.”

“The last 4 years made this happen.”

Please. We’ve been building up to this disgraceful moment in American history for a long time and we know who’s overwhelmingly responsible for it. Donald Trump is but a symptom.

Republicans are, if nothing else, extremely focused when it comes to their brand message. And for the last 40 years, they’ve cultivated a cynical story as their core messaging platform that’s significantly driven by racism and narrow self-interest.   It’s a destructive narrative designed to preserve the power of a select minority of rich, powerful, and overwhelmingly white people. And it’s been strategically used with impressive consistency to stoke grievances and create hatred of our federal government.

Words matter. The stories we tell ourselves and our children matter. Generations of people have been raised on the GOP’s destructive social narrative. It is their brand. Accelerated by cable news, digital communications, and social media, this narrative has metastasized. And on January 6, 2021, the Republican Party learned that it no longer controls the narrative. The narrative controls them.

We’re all paying a terrible price for all of this and it has eroded trust in the American brand, which many of us already knew was built on wishful thinking and too many lies. So, as communicators committed to social justice, I hope we all remember that and begin to define the essence of America’s brand—who we are, what we do, and why it matters—by being honest with ourselves, reconciling our past, and shaping a more perfect union.

For the last 24 years, Matt has specialized in brand strategy, design, and user experience, focusing his passion for social and environmental issues to help organizations achieve greater impact. As Constructive’s leader, Matt plays an active role in collaborating with clients and our teams to develop strategies and design brand experiences that increase mission focus and deepen audience engagement. A frequent writer and speaker, Matt is a regular contributor to The Foundation Center, Communications Network, and other organizations. He is also a member of the Leadership Team for The COmmunications Network’s New York chapter. Matt’s work has been recognized for excellence by numerous organizations such as The Webbys, Communication Arts, Print Magazine, The Case Awards, Graphic Design USA, The W3 Awards, The Communicator Awards, and others. Matt earned his Bachelor’s Degree from Sarah Lawrence College in Writing & Visual Arts. He then conducted post-graduate design studies at the School of Visual Arts, Rhode Island School of Design, and Parsons.

Gain valuable outside perspective and expertise that brings clarity to confusing situations and helps chart a new path forward for your nonprofit.